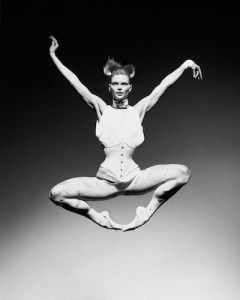 Zofia Tujaka began her professional dance training at The School of Cleveland Ballet and completed her studies at The Royal Winnipeg Ballet School. As a graduate, she toured and performed with the corps de ballet of the RWB throughout Canada and Japan.

In 1997, she joined Édouard Lock’s La La La Human Steps for the company’s final European tour of “2”. She continued with the company for 15 years, performing four more productions across the world’s major dance stages, “Salt/Exaucé”, “Amelia”, “Amjad” and “New Creation”.

Zofia feels privileged to have been a part of the 2003 award-winning film version of “Amelia” and to be featured in “Unisex”, a dance short by Rad Hourani, choreographed by Édouard Lock. Zofia is a Gemini Award nominee and winner as well as a Princess Grace Award alumna.